Summary of Critical and Exploitable iOS Vulnerabilities in 2016_weixin_34261415的博客-程序员宅基地

Summary of Critical and Exploitable iOS Vulnerabilities in 2016

iOS security is far more fragile than you believe. And there are lots of critical and exploitable iOS vulnerabilities in the wild. We summarized these critical iOS vulnerabilities which can be used for remote code execution or jailbreaking in this report. Hopefully, it can bring some help for your mobile security research.

In 2016.12.22, based on the Beer’s Mach_portal exploit chain, qwertyoruiop added KPP bypass, kernel patch, and Cydia installation on this project. Then he released iOS 10.0./10.1. jailbreak for arm64 devices on yalu.qwertyoruiop.com. 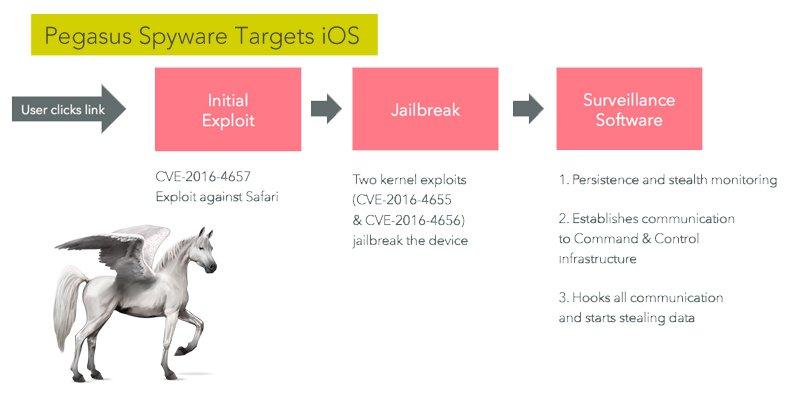 For Safari browser, the vulnerability exists within the slowAppend() method of MarkedArgumentBuffer in JavaScriptCore library and can be exploited via the usage of a MarkedArgumentBuffer in the static defineProperties() method. The Pegasus exploit chain triggers this vulnerability by passing a specially crafted sequence of properties to the defineProperties() method and then gets read/write and code execution ability.

For the XNU kernel, the vulnerability exists in the OSUnserializeBinary() method which is used to unserialize the data from the user land input. Because OSUnserializeBinary() doesn’t check the length of serialized OSNumber, the attacker can get leaked kernel stack information using io_registry_entry_get_property_bytes(). On the other hand, by using a crafted serialized OSString Object, the attacker can trigger UaF vulnerability in the kernel and then get the read and write ability of the kernel memory.

In addition, by using JavaScriptCore vulnerability, PEGASUS exploit chain can persist after rebooting which means untethered jailbreak. Last but not least, more details about this exploit chain can be referred to our previous article: https://jaq.alibaba.com/commu... and DEMOs:

We can clearly observe that the number of critical and exploitable vulnerabilities in 2016 is very large. However, lots of iOS devices cannot upgrade to the latest iOS version. In addition, there are minor changes in recent iOS systems. So, more and more people lack interest in upgrading their devices. 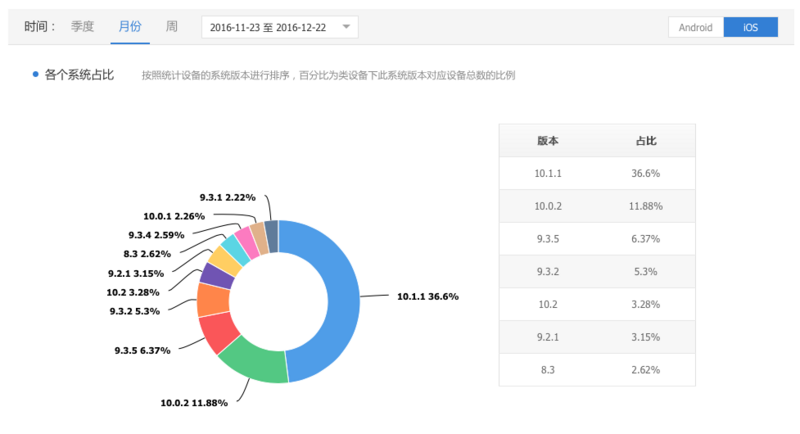 According to one professional mobile statistics platform, only 3.28% devices are using the latest iOS 10.2 in December of 2016. It means 96.72% devices can be exploited by Mach_portal exploit chain at that time. Therefore, we kindly remind customers to upgrade their devices and be careful with the potential threats in the future.

Last but not least，you can find iOS jailbreak vulnerabilities and materials related to this article in our Github：https://github.com/zhengmin19...